Fleetwood Bac are considered the world's most authentic Fleetwood Mac tribute band (rated one of the Top 5 UK Touring Tribute Shows by The Times newspaper!). Endorsed by Mick Fleetwood himself, they're the first ever band to replicate the legendary 'Rumours' line-up of Stevie/Christine/ Lindsey/John/Mick.

Fleetwood Mac are one of the best-selling bands of all time, with their special blend of soft rock/blues rock and British blues selling over 100 million records. Fleetwood Bac play Fleetwood Mac with all the passion, chemistry and energy of the classic 1970s/80s 'Rumours era'. They've been praised by Stevie Nicks' own website, many Fleetwood Mac fansites and original Fleetwood Mac guitarist, Peter Green, has been to see them.

If you love Fleetwood Mac, this is a tribute show you won't want to miss - this band has played around the world: Dubai, the Cayman Islands, Monte Carlo, St Tropez...and now Faversham. 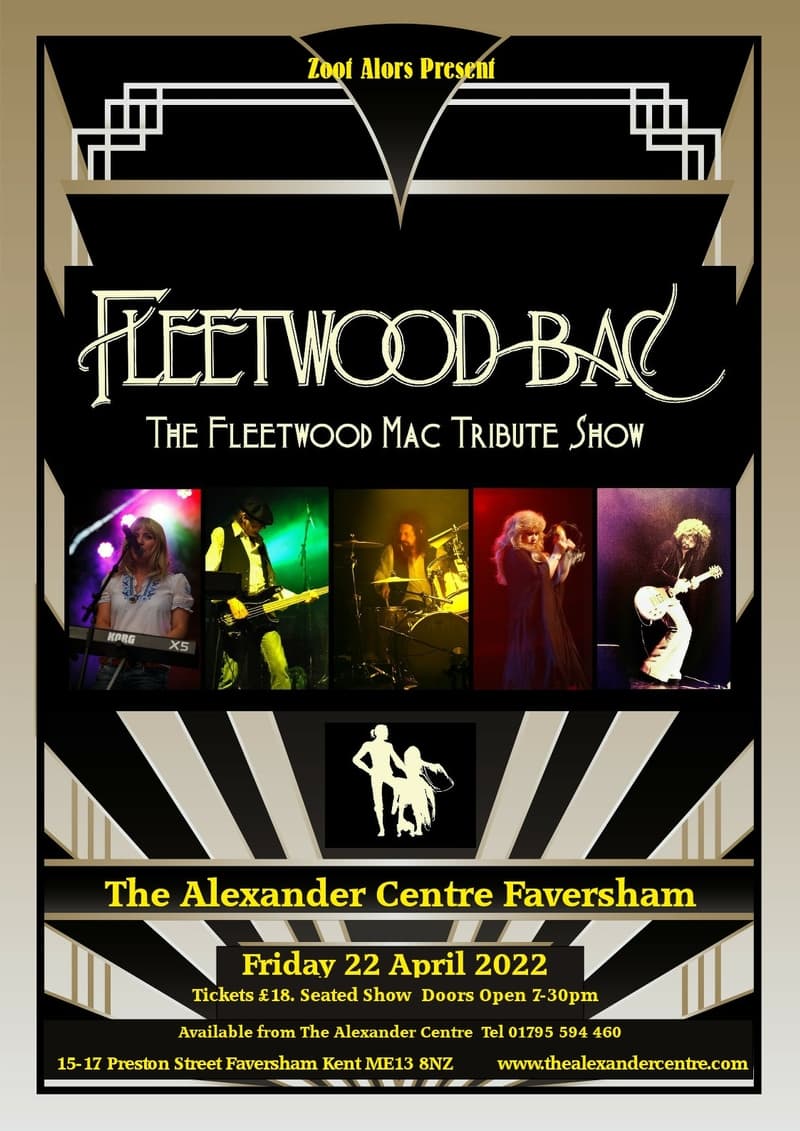 Fleetwood Bac at The Alexander Centre Faversham 22 April 2022 at 7.30pm