The Sheerness Coronation Memorial Clock (Sheerness Clocktower) has provided a focal point in Sheerness High Street for over one hundred years and has a story to tell.

Following the death of Queen Victoria in 1901, towns and villages across the country looked to a way to commemorate the forthcoming Coronation of King Edward VII and Queen Alexandrea.

The District Council allocated £200 towards the commemoration and many things were considered from tea parties, a bonfire and fireworks to the proposal to construct a public lavatory in The Crescent. A Coronation Committee was appointed to discuss the options, with the favour being a more permanent memorial of the forthcoming coronation.

The Coronation Committee proposed that the £200 allocated by the District Council be devoted to the erection of a clock and tower in The Crescent.

At 2.00pm on 26th June 1902, the expected day of the King’s Coronation, the ceremony took place of laying the foundation for the clock. When the clock tower was erected cast plates were fitted commemorating the purpose of the clock and its tower, who built it, and the names of the members of the Council.

The clocktower contract with Walter McFarlane & Co. of Glasgow was to cast and supply the 34ft 6ins high 8-ton cast iron clock tower, at a cost of £350.

To crown the structure a large bell was cast by John Taylor & co of Loughborough, a specialist bell-foundry, who had cast ‘Great Paul’ the bell for St Paul’s Cathedral. The Sheerness clock tower bell was around 100kilos (220lb).

The original clock mechanism was manufactured by Smith of Derby, with its 4x4ft diameter dials illuminated inside first by gas and later electricity.

Before 1902 the Big Lamp illuminated The Crescent junction in Sheerness town centre. The Big Lamp was described by the Sheerness Times as a ‘fifteen-foot column supporting a very large lantern’. This protected eight or nine large batwing gas burners, which lit The Crescent brilliantly for those days. To continue this function four large brass gas lanterns were fitted to four sides of the octagonal clock tower. These lanterns were then abandoned in favour of the more modern (for the time) electricity. These were then removed in the 1960’s, being replaced with hanging baskets and then finally being removed altogether. The baskets were then replaced together with the original gas finials as part of a major refurbishment in 2002, the clock’s centenary year.

The clock and tower have undergone much restoration work and painting over its 119 years, culminating in its biggest restoration in 2021, being removed from its home in the heart of Sheerness to be lovingly restored to its former glory at the workshop of Smith of Derby Clockmakers. The restoration will return the clocktower to its original colours of green and gold and will also include the fabrication of lanterns to match those originally installed, however now with LED lighting.

Sheerness Coronation Memorial Clock is an iconic landmark, with many people having memories or stories to tell and we would love to hear them. Please contact capitalprojects@swale.gov.uk

Look out for regular project updates on Visit Swale and from Swale Borough Council.

Following the restoration the clock it will be returned to: Clock Tower Cresecent, Sheerness, ME12 1AG 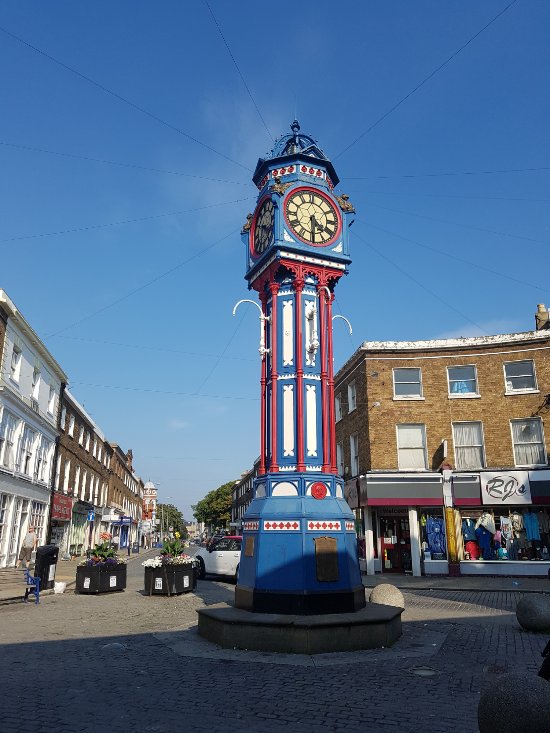 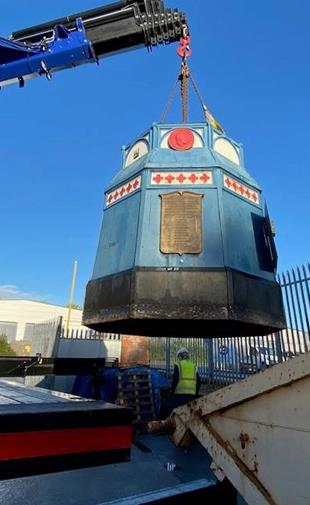