If you have visited Sheerness in the last week, you will have noticed the installation of timber hoarding around the clocktower site. The hoarding has been painted ‘Sheerness blue’ and in the coming week will be covered in historic images of the clocktower, alongside information on its history and the restoration project.

The graphics will include a timeline highlighted key dates for the clocktower, alongside a QR code linking you to these blogs for the most up to date information on its restoration.

Work on the restoration of the Sheerness Clocktower is underway.

The clocktower has now been broken down into its original component parts, as it would have arrived in Sheerness nearly 120 years ago.

The parts can be seen here in the images, having been palletised by the team ready to be bead blasted, prior to its zinc coating. 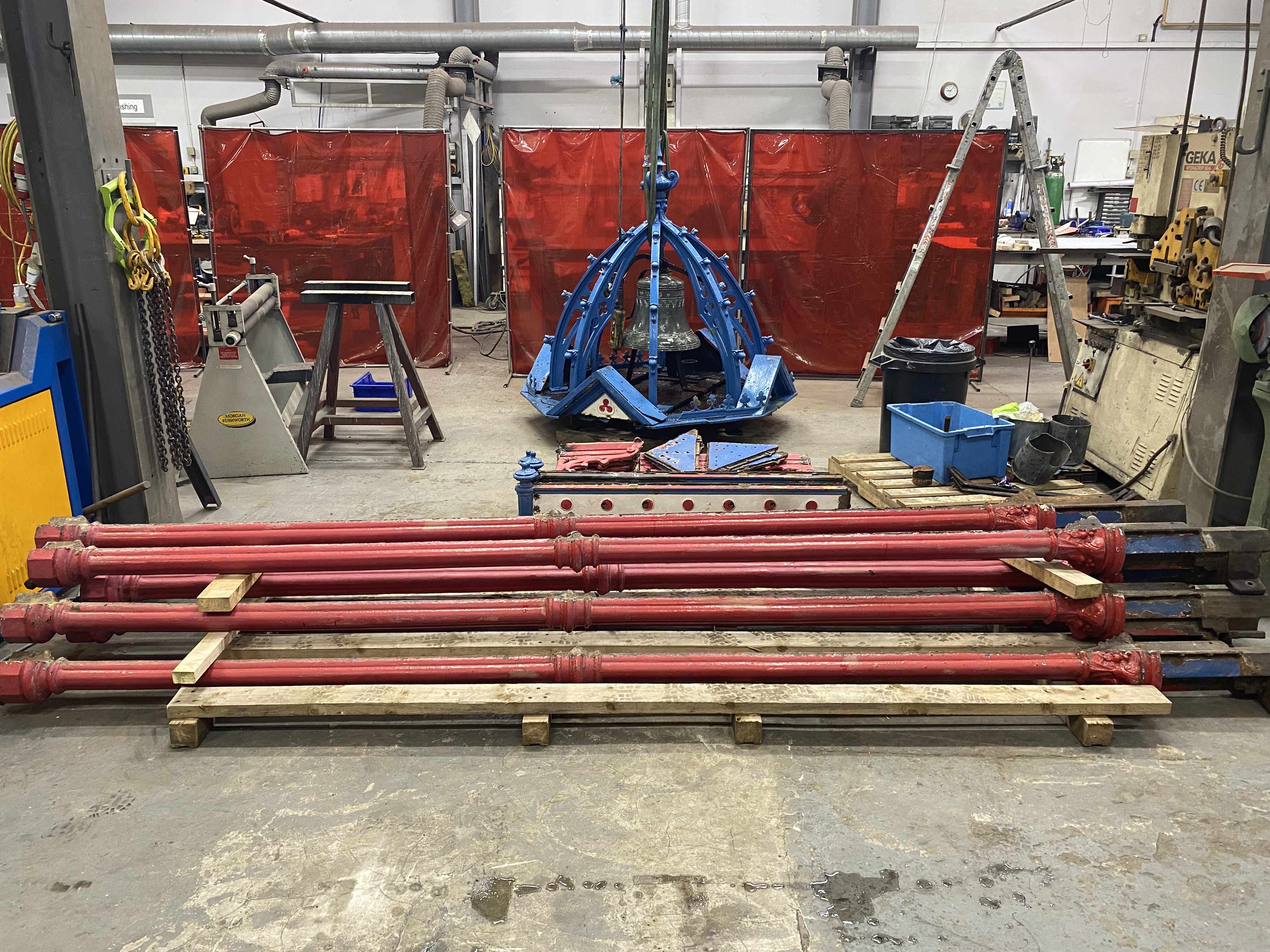 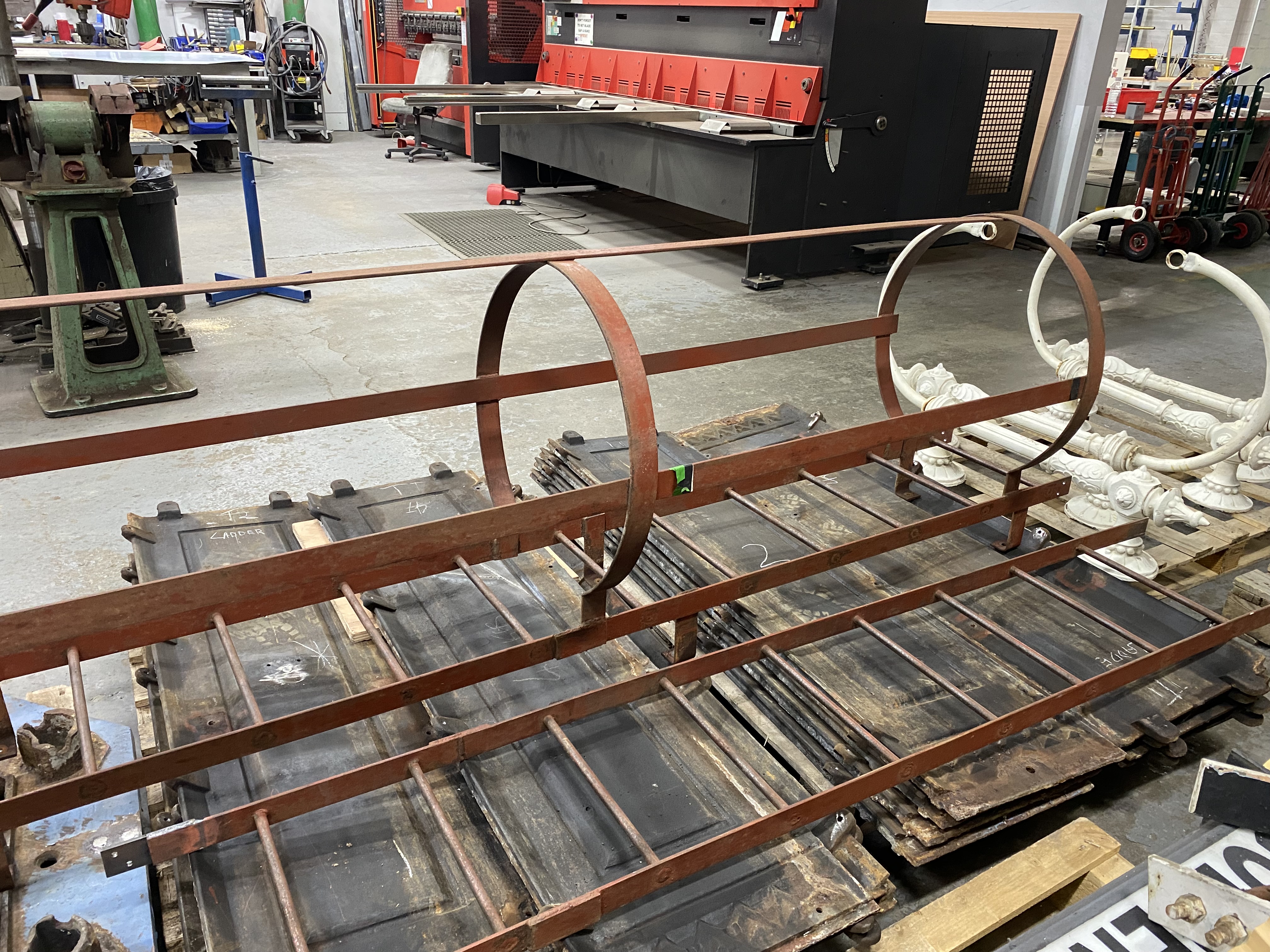 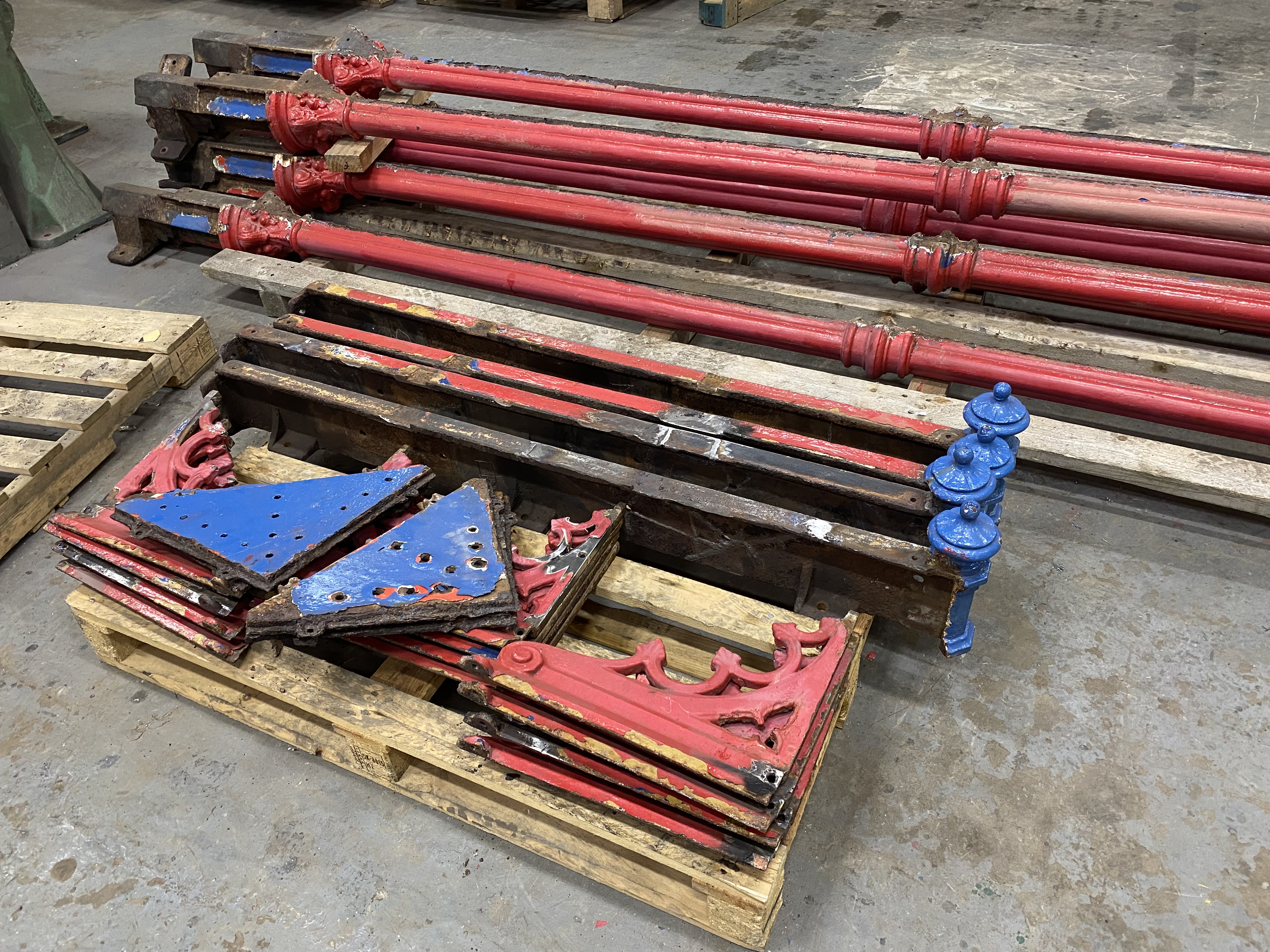 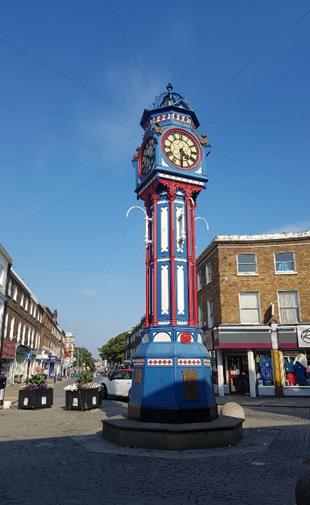