Wild swimming on the shores of the Isle of Sheppey

A flock of Bluetits have descended onto the Isle of Sheppey and they are not looking for nests or food! In fact, they are seeking the rush of daring to dip in the chilly depths of wild waters. 2 of the flock are Stuart Hunter and Fay Morgan Hunter, brave souls who struck out on their own before joining the Sheppey Bluetits. They share their story on the Simply Sheppey podcast.

Fay was the initiator out of the pair. She was going through a difficult time, loved swimming and had been reading about the benefits of wild swimming for a while. The sea, near where she lived on one of the most beautiful beaches in Sheerness, was calling her. The winter lockdown was enough to impel her into the sea and she hasn’t looked back since. With Stuart going along for moral support, what could go wrong?!

Well, Stuart, for a start. He was a reluctant partner, supportive but secretly hoping their first dip would be their last dip! But, surprisingly to him, he was a convert from the start. He said it: ‘Blew out the cobwebs and [he] felt quite invigorated afterwards.’ Part of his reluctance was that he can’t swim. However, he found that It’s purely the cold water aspect. He goes in for a  5-10 min spell at the absolute maximum. He paddles, submerges himself, has ‘a little float around’ and still gets all the benefits!

They both gain a considerable sense of achievement. They realise that others are swimming in much colder water, and Fay didn’t think she had it in her to go in in the recent snow! However they are building up resilience and maybe one day. Fay said that: ‘I come back out and I feel that I want to get back in again! The journey getting in is hard, but I get out feeling lighter. There’s something good there in it.’

Fay has had times when it was difficult to get in. Once, she was so cold her teeth were chattering and she was unable to submerge past her waist, but she came out, gave herself some time and managed to go back in again. She got her shoulders in, and the chattering had stopped. She describes what she calls ‘the weirdest psychological effects,’ where she felt warmer getting out for the sea.

So, should we all join in the madness? They both said they get many benefits from wild swimming. If you do any amount of research on wild swimming, there is a plethora of anecdotal evidence of people with fibromyalgia, depression, and even endometriosis who are gaining mental and physical health benefits. It is also a way of making new friends. Fay and Stuart met Frank Thomas through seeing him swim often. Between them the Sheppey Bluetits were formed, Frank having already swum in the original birthplace of the Bluetits Chill Swimmers in Pembrokeshire.

So if you do decide to give it a try, taking up wild swimming isn’t just a case of popping on your cossie and diving into the nearest stretch of water, but it is not so complicated either. As with all sports, there are safety considerations as well as equipment to consider. There is also a science to making yourself so cold you scream and, ever so occasionally and only ever politely of course, curse as you encounter the water! There are many swimming societies that are set up around the country and there is more information than ever available about how to start, so make sure you do some research.

Stuart and Fay make sure that they know when the tides are in, and they make sure they only stay in for as long as their bodies can cope. Stuart wears neoprene shorts, which he says are an absolute necessity for him, but not everyone wears one. Fay wears neoprene gloves and shoes and a bobble hat. They wear dressing gowns after swimming, although they will invest in a dry robe once they start venturing further afield. A hot drink and sweet snack, is essential post swim, maybe even a hot water bottle to warm up, but it is essential not to warm up too quickly.

At the time of writing, there are now 100 members of the Sheppey Bluetits. There are so many glorious places to swim on the Isle of Sheppey, with its many miles of beaches and also Barton’s point, opportunities to swim are many. Currently, the Bluetits are swimming in pairs, and operate a buddy system due to the lockdown. It is highly recommended as a ‘newbie’ to swim in a pair in order to check in on each other, and it is also recommended that everyone swim in a pair during lockdown.

We have many outings for across Kent planned for when lockdown is eased, details of which are discussed on our facebook page @sheppeybluetits.

For more information on the Bluetit Chill Swimmers, https://thebluetits.co/. Also, The Outdoor Swimming Society are a fantastic resource, as is the Kent Swimmers.

We also recommend you read the RNLI advice on open water swimming: https://rnli.org/safety/choose-your-activity/open-water-swimming# 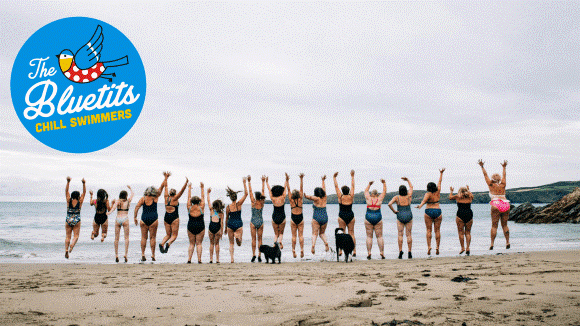 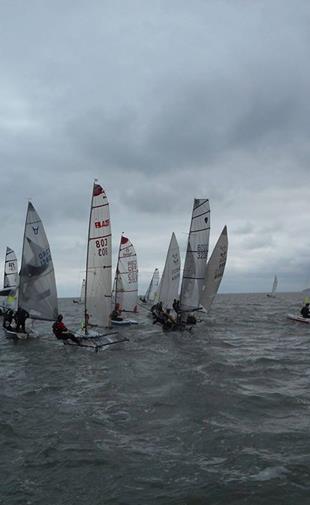 Healthy and Active Isle of Sheppey

Healthy and Active - Isle of Sheppey 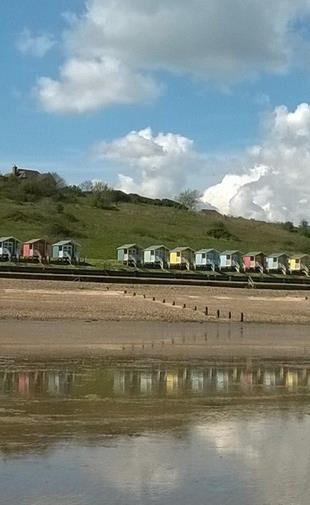